Re-Shoring the Supply Chain: Does It Make Sense? 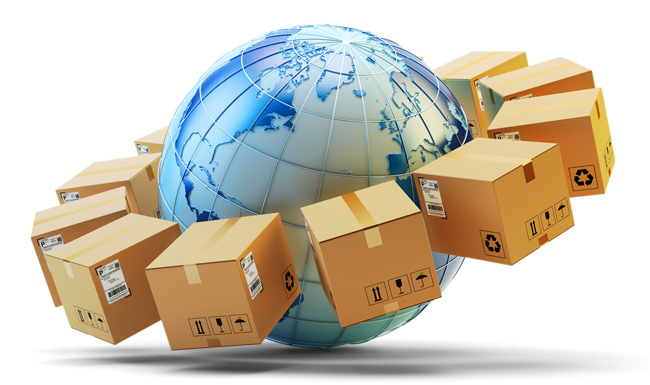 In the earliest days of the pandemic, when Chinese factories began to shut down and just-in-time (JIT) inventory flows halted, industry leaders around the world quickly realized they had a weak link in their supply chains, brought on by a black swan event. 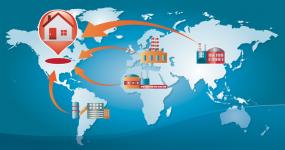 Is it Time to Reshore Your Manufacturing Operations?
Ever since the global pandemic hit the world’s manufacturing sector wh... 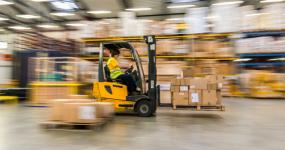 How Are Manufacturers Building Supply Chain Resiliency?
As manufacturers plot their paths forward, many are paying closer atte...
All news
Follow us
Find us on social media for latest news
BECOME AN INSIDER! Get insights on supply chain resiliency
Subscribe

It’s ironic that, in a world where computer hacking is commonplace and companies are held to ransom in order to retrieve data, it would be a biological virus and not a cyber threat that caused real damage to companies, economies and lives.

The coronavirus occurred against a backdrop of entrenched globalization where international trade and tariff agreements bred the creation of supply chains that stretch around the planet. Globalization allowed corporations to take advantage of cheaper labor rates abroad; the reduced cost of the imported goods meant domestic consumers paid less at the retail level, encouraging consumption and boosting GDP. It was a win-win situation.

Now, many companies are considering re-shoring their supply chains or at least near-shoring them.

To be clear, re-shoring refers to bringing an entire chain back to its domestic origin while near-shoring brings a supply chain closer to the home market. Both have their advantages and disadvantages.
Various research and consulting firms have polled CEOs and other industry leaders on whether they would or would not repatriate their supply chain operations. Given the intensity of the discussions in the midst of a global pandemic, it’s perhaps surprising that there’s no clear consensus on the subject.

A recent survey of American manufacturers by Plante Moran and the Reshoring Initiative in early 2020, for example, concluded that 7 out of 10 companies buy imported materials based on price. As Industry Week points out, China’s cost of goods sold, ex transportation, is 70% of the cost of goods sold in the U.S.

In short, Industry Week states, the U.S. is not price-competitive. Until that price advantage is reduced, the numbers in the Plante Moran report aren’t likely to shift in any meaningful way.

However, another survey of more than 1,000 manufacturers  in April, 2020 by Thomas, the digital marketing services firm shows that 64% of them claim they are likely to bring manufacturing and sourcing back to North America.

Finally, to underscore how fluid the intent to re-shore is, Deloitte surveyed more than 1,300 companies in June, 2020, about their plans to make significant sourcing changes in the wake of the pandemic. Only 6% said they had any plans to do so; 21% said they hadn’t made a decision but, most surprising, fully 27% of the companies said they simply didn’t know.

If there’s no firm consensus on re-shoring or near-shoring, there is one point on which all manufacturers and suppliers can agree: price is paramount. Companies are not in the business to be unprofitable which is why off-shoring suppliers to China made simple, fiscal sense. But even though China may still hold an advantage on cost of goods sold (ex transportation), the gap has narrowed with increasing wages paid by Chinese manufacturers to their employees serving to bump up the cost of production.

This is likely to continue to a greater or lesser extent with the Chinese government’s aim of creating a large middle class of consumers, in part to ensure strong domestic consumption and economic output well into the future.

A number of U.S.-based companies have already re-shored or near-shored parts of their supply chains as recently as 2018. In large part, these moves were driven by the ongoing trade war and tariff battles between the U.S. and China. Industry doesn’t like uncertainty and the inability to see a clear end-game forced a number of manufacturers to act.

However, as SupplyChainDive.com points out, “re-shoring is a long game.” It takes months of planning and securing new suppliers, especially among the Tier 2, 3 and lower companies. Quality assurance standards must be met and compliance requirements adhered to before new suppliers can come on stream.

Even then, it may not be feasible for a company to pull out of China completely. The Chinese have developed an extensive manufacturing infrastructure that covers virtually every step in a supply chain from raw materials right up to final assembly. Quality is high, as well; the nation is playing its own ‘long game’.

One way to tackle the cost-of-goods gap between China and America is through technology.

There are numerous software solutions available that can support lean principles to:

When a supply chain is fully optimized using software, every supplier can have the same view of how the chain is functioning as the manufacturer can. Any shifts in customer demand can be seen along the chain and everyone can react accordingly. Costs are reduced, speed to market is increased and customer service is enhanced.

However, most importantly, a resilient supply chain can respond with efficiency – whether the suppliers are offshore, near-shore or onshore. Regardless of whether a manufacturer opts to repatriate a supply or not, there is no escaping the fact that technology in supply chains today drives cost efficiencies, increases quality and favorably boosts both top and bottom lines.

To learn more about how to elevate the efficiency of your supply chain, reach out to us here and we’ll be happy to share our expertise.