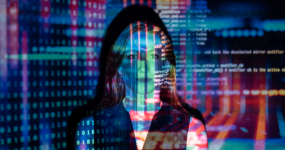 E-invoicing: how to guard against the risks of fraud
According to a study conducted by Euler Hermes and the French network ...
All news
Follow us
Find us on social media for latest news
Topics
Supply Chain
B2B Collaboration

Generix Group, a global provider of SaaS Software designed to accelerate today’s collaborative supply chains, announces the appointment of Thomas Gentils to its Management Committee as Group Chief Technical Officer (CTO). Among his missions: defining the technological strategy, steering the company's engineering, strategy and R&D operations - in close collaboration with the product managers - and deploying new SaaS products and services.

Thomas Gentils has been putting his technical and managerial skills at the service of major companies for nearly 20 years.

Thomas Gentils has a dual degree from HEC Paris in change management for engineering competence centres and also from Polytech Orléans. He began his career in 1999 as an Engineering Officer in the French Gendarmerie Nationale for 2 years, before joining Schlumberger as a Project Manager in R&D. In 2004, he joined Gemalto (Thales group) as Head of the R&D division in charge of the development of new generation payments with numerous deployments, notably in the UK, Japan and Canada.

After 5 years spent at Nagravision as Head of Development for conditional access (PayTV) and anti-piracy, Thomas Gentils continues to work within the Group for Kudelski, as Head of Development and member of the Executive Committee. He then headed the Paris Competence Center made up of development teams (back, front, etc.) and also contributed to the creation of software engineering in Bangalore. In a context of high technicality in the digitalization of media, he deployed agility within his teams while working with giants such as Google, Canal+ and Netflix.

In September 2019, Thomas Gentils joins Generix Group and takes over the company's Engineering Department. At the head of around 200 engineers spread across France and North America, he manages all product developments and new developments, the Group's Research (notably with Big Data), and coordinates the teams in the different countries on these subjects. He will also manage the Group's IT security, in collaboration with the Information Systems Department.

« We are delighted to welcome Thomas Gentils to the newly created position of Group CTO. His knowledge, his experience in international groups and his "agile" approach focused on people are real assets to accompany Generix Group's evolution. Our objective is to continue to provide our customers with ever more efficient solutions, enabling them to take the SaaS bend in their supply chain operations with peace of mind », rejoices Aïda Collette-Sène, CEO of Generix Group.

« I am very enthusiastic about the idea of being able to devote my energy and expertise to the development of a company like Generix Group, in order to take part in the major challenge represented by the digitisation of the Supply Chain and Commerce », says Thomas Gentils, CTO of Generix Group. 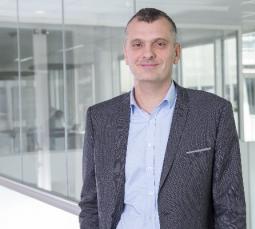