The European Union has long wanted to gather a digital market shared between all member states. But regulations, practices and standards specific to each country have gotten in the way! As regards e-invoicing in particular, more than 30 standardized formats exist within the EU: these vary depending on the sector of activity or the area of application. How does the EURINV project propose to resolve this problem? Furthermore, what should be Generix Group’s place when implementing this solution? 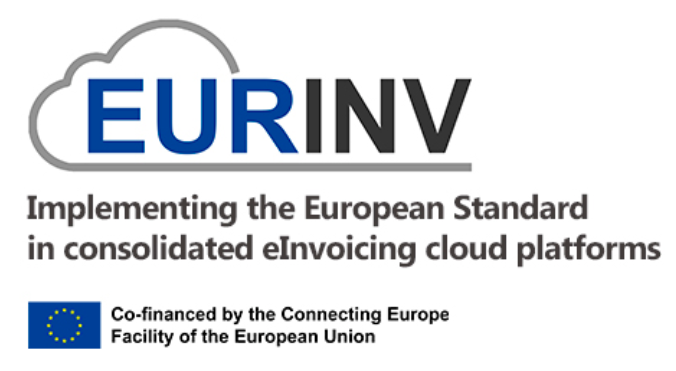 E-invoicing: the challenge of European standardization

To spearhead digital harmony in the Union, the European Commission has instated a multitude of directives. However, those from 2006 and 2010 relating to e-invoicing are interpreted in very different ways from one European country to another. These many national transpositions are wayward with regard to implementing a European e-invoicing market.

More on the topic: [Ebook] E-invoicing in Europe: State of the art

The European standardization committee, a vector for change

To encourage European unity with regards to electronic invoicing, the TC 340 Group of the European Committee for Standardization (CEN) has rescinded the standard CEN 16931. The goal is to present a semantic model unique to e-invoicing data. Within this standardized framework, two identified syntaxes have been added within which standardized data must be deployed: UBL 2.1 and UN-CEFACT Cross Industry Invoice.

Within the public sphere, support for these syntaxes has been a requirement since the publication of directive 2014/55/EU “relative to electronic invoicing within the context of public markets.” The imposed application timeframe is fixed at the latest six months after April 18, 2019.

Standardization: the European Commission state of the art with respect to innovation

Imposing these new standards remains a challenge. It’s why the European Commission has the mission of supporting innovative projects that encourage the deployment of standards by providing them with financial aid. The Connecting Europe Facility program administered by the Innovation and Networks Executive Agency (INEA), has the goal of facilitating the adoption of shared European standards. Its role is to choose and subsidize projects within the European Union.

Generix Group was selected by INEA through a consortium organized by Universitat Politècnica de València—the Technical Institute of Valencia—and the consulting firm LMT.

Generix Group to participate in the EURINV project

The INEA consortium has brought together seven electronic invoice operators, of which Generix Group, to represent France. Other participants hail from Germany, Belgium, Spain, Finland, Italy, and the Netherlands. They are joined by two public entities from Ireland and Slovakia.

The group is in charge of the EURINV project, an acronym for “Implementing the European Standard in consolidated e-invoicing cloud platforms.” The program is oriented towards syntax support UBL 2.1 and UN-CEFACT CII by the seven operators who, in parallel, are updating their solutions. Begun in April 2019, the works are planned for a period of 18 months.

These new standardized data formats will be integrated in the Generix Group e-invoicing solution. Users of the group’s services will also benefit from a plethora of compliance connectors. The goal of these measures is to submit a solution capable of issuing and receiving electronic invoices while also respecting two syntaxes in the CEN 16931 standard.

By participating in the EURINV project, Generix Group undertakes to participate in a European project of infinite proportions and is positioned as a figure poised for change. The purpose of this initiative is to tackle the challenge of standardizing the e-invoicing process using a solution developed and validated according to the highest standards of interoperability. This operation will be spearheaded with the technical and financial help of the European Commission

Generix Group is solely responsible for the contents of this article. It does not represent the European Union's opinion.