Chain of Trust - Is Blockchain the Supply Chain’s Silver Bullet? 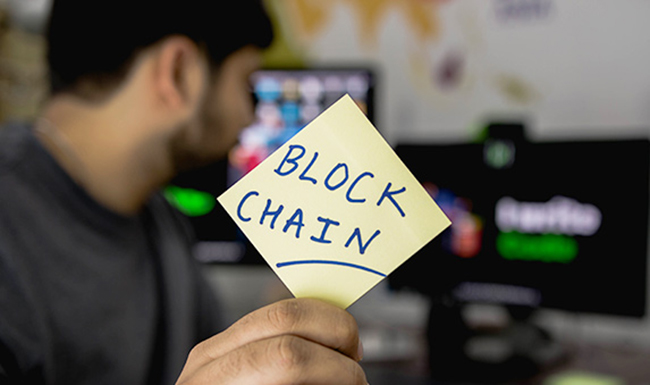 Supply Chains are a complicated affair and as they become more so some key technologies come into play to streamline the process. One of the most complex demands of the modern supply chain is traceability, and for companies in the highly regulated food and drug industries, it is more than a mere requirement for compliance, but a risk factor for the very survival of their businesses. We’ve all read the headlines about massive food or drug recalls that have sent consumers into a panic and producers running to call their lawyers. It’s very easy to see the challenge; any final consumer-ready food or drug product may draw ingredients and components from a grapeshot array of different sources, only to pass through many more hands and processes on the way to the pallet, shelf or porch.

Until very recently, tracking and tracing materials through various stages of completion has been at very least painstaking and some instances virtually impossible. In an environment of an intense collaboration of many organizations and systems, one of the biggest challenges for food and drug supply chain operators has been integrating data across innumerable proprietary systems, all with a view to building and maintaining a network of trust and 100% visibility between partners. While trust has been a core functional requirement of any fluid and successful supply chain, as collaborator networks expand and become stretched increasingly thin, trust cannot be left to a handshake or an SLA alone.

While the world has for the past few years seemed to roughly divide between those that understand the Blockchain and those that don’t, most people in the latter category are forgiven, noting the manner in which it arrived on the scene; suggested to be merely a component of crypto-currency exchanges like bitcoin. In fact, the cryptocurrencies are merely applications of the Blockchain that can be implemented in an infinite number of ways that may have nothing at all to do with currency exchange. But when we apply the technology to various use cases in supply chain management, we can immediately see its enormous potential to streamline and automate gates and functions across distributed operations. This was certainly an a-ha moment for me in what at first seemed a bafflingly complex digital business environment.

Let’s unpack some of the concepts of the Blockchain and how its unique “security and immutability”, to quote Supply Chain Guru, Dave Blanchard, directly address long-standing challenges for supply chain management, particularly in the food & drug industries. But first, to a simple definition and one that is immediately relatable for supply chain folks; the Blockchain is essentially a digital version of the traditional supply chain ledger, only unified, universal, virtual and permanent. Like the stars in the sky, they are viewable by all wherever they, enabling universal record-keeping and permanent storage of all interactions between them. While the systems used to access or trigger blockchains may be proprietary, the exchange itself is open to all.

One of the better analogies for the Blockchain is that it is very much like the Internet itself; a distributed network of resources all sharing the same protocols; in the case of the Internet, URLs, hyperlinks, HTML and other browser supported markup languages, on the Blockchain rock-solid, secure algorithms. Being as such, an open-source exchange, any and all parties have access to view the same data, or blocks. Creating blocks, however, is another matte,r requiring explicit permissions, highly secure, encrypted ledger items and tokens that are only actionable by authenticated parties. In a classic example, a materials shipment delivery would be represented by a block, created by the receiver. When the materials arrive, a new block is created to lock in the two dependencies as satisfied. Typically, the receiver would have also created a block to confirm the order quantity, condition or other factors spelled out in the SLA. These “answering” blocks can be created manually by a human operative or triggered automatically by mobile or IoT scanning devices.

Any inventory system or EDI formula can be supported by the Blockchains, which exist outside of closed systems and there for everyone to see. This is where the Internet analogy flips on its head, because, quite unlike a URL, a block cannot be hacked, spoofed, edited or destroyed. All blocks in the Blockchain, once created, are there as “a single, immutable, serialized source of truth”, in Dave Blanchard’s poetic words.

In his recent whitepaper on the subject, Blockchain in the Supply Chain, Blanchard makes a clear case for why the Blockchain will be a silver bullet for the supply chain, and very possibly its best application to date. Its combined feature set of the non-proprietary, distributed, universally accessible, air-tight encrypted hyper ledger, actionable by man or machine, removes precisely the barriers cited above. While these features alone constitute a godsend, it gets better. Another feature, and Blanchard’s favorite for its enormous potential to deploy large scale automation, are something called Blockchain Smart Contracts. These go a giant step further than standard, static data blocks, to the ability to dynamically, automatically trigger executable code that could do any number of things; generating payment (with bitcoin or native billing systems), preparing other systems for further material processing or even generating a return depending on the condition received data generated in the smart contract block. The example Blanchard uses is that of simple online music purchase, say from Taylor Swift’s website. The moment the order is made, a bitcoin payment is rendered to the Taylor, or more likely the Big Machine Label Group, now allegedly squatting upon her catalog. When we telegraph this simple exchange out to the countless transactions occurring by the minute in a busy supply chain, we begin to see the magic.

A Use Case You Can Use

As a picture is worth a thousand words, let’s take a look at how the Blockchain might be applied to a particular food transformation business use case in its complex daily logistical choreography. In the hottest month in the hottest year on record, and days come in waves of record-topping temperatures, one can easily imagine the “freshness factor” of cold transport and storage dependant products has become paramount. In this fictional case, an all American brand whose flagship frozen-apple pies must always remain no greater than -18c, needs to ensure that happens every step of the way. In traditional, human trust-based supply chains this is at best hoped for, but practically impossible. What’s a food traceability manager to do?

In the evolved, Blockchain-enabled scenario the constant, south of -18C storage and transport becomes a Smart Contract block at every touchpoint. As the pies leave the factory, the transport service provider generates a block for their arrival, and then another drawn from the time-stamped temperature gauge of his truck. If on a given scorcher of a day his truck is north of -18, the Smart Contract would flag the breach and alternatives triggered that could include dispatching another truck. From there, and at every touchpoint that follows to the end destination, the artisanal grocery’s frozen confection freezer. Then, on one hot day in August, the all American pie maker gets an alert that pies in Salt Lake City have led to several cases of food poisoning, a rare event indeed, but one requiring swift and immediate action to identify the cause, path and lots of pies that may have become tainted. A scan of the week’s Blockchains provides the answer. A breakdown of one of the refrigerated trucks went unreported and the driver transferred a lot of pies to another truck for the last miles. When the pies arrive at the artisanal grocery, the delivery receipt block was created, but the truck was not equipped to close the temperature control mandate. Using the Blockchain the Pie Maker quickly identified the breach and source of the tainted pies, admonished the shipping partner accordingly and averted a larger scale recall, having been able to immediately trace the issue back to that one unrefrigerated truck.

Although a simple example, it provides a glimpse into the unprecedented potential of the Blockchain to solve innumerable, previously insurmountable supply chain issues in a single stroke. By creating an unbreakable chain of trust across partner networks around the world and building visibility and instant traceability at every touchpoint, supply chain operators and particularly food and beverage businesses can take a giant leap toward, de-risking their businesses and staying 100% compliant.

We’d love to hear from you. What, if any, are your plans for implementing Blockchain, and in what areas of your operating do you think it will have the most impact? We invite you to take our weekly survey.

As always, we’d love the opportunity to discuss your challenges and priorities and look at ways that Generix Group’s industry-leading Warehouse Management, Manufacturing Execution and supporting Systems in the Generix Supply Chain Hub. Email us to request a complimentary assessment of your operation at letstalk@generixgroup.com