The early consequences of the clearance model in ITALY

On January 1st, 2019, Italy became the first European country to require that electronic invoicing be used systematically for B2B, B2G and B2C transactions. The digitized system replaced the e-reporting requirement established in 2017 requiring quarterly declaration of invoice data. The country also chose to implement the Clearance model, an approach allowing the tax administration to verify transactions in real time. Nine months after it was implemented, what is there to be said about the Clearance system? 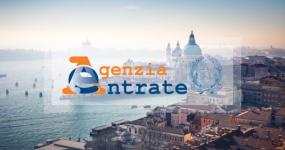 E-invoicing in Italy : a closer look at the SDI
After making e-invoicing – or electronic invoicing – a requirement in ...
All news
Follow us
Find us on social media for latest news

The Clearance Model: specifics of the Italian system

To implement the Clearance model, the Italian administration was required to seek an exemption from articles 218 and 232 of directive 2006/11EC from the European Commission. The obligation applies only to companies that produce invoices localized to Italy.

Today, the system applies to 3.6 million Italian companies among the 5 million registered companies. This gap applies to those liable to taxation who benefit from an exemption for revenue lower than €65,000. The Clearance model also affects B2G invoicing, meaning 30 million invoices per year exchanged between 1 million companies and 23,000 public services.

The Italian Clearance model relies on an exchange server known as Sistema di Interscambio (SDI), an intermediary system between invoice issuer and receiver. SDI records invoices, archives them, and transmits them. It produces information in return regarding invoice processing. The system manages the delivery code, which must be placed on each invoice, and party VAT numbers. All in all, 2.6% of invoices were rejected since the service was launched.

Also note that Italy is one of the first European countries alongside Romania and Poland to deploy split payment, a process by which payment is separated from an invoice into two parts: a “net of tax” portion and a VAT portion.

Top consequences of the measure

Nine months after the Clearance model was implemented, the Italian administration has issued a positive report about the measure. To date, 1.4 billion invoices have been transmitted with the following distribution:

The administration increased its VAT collection by 2.01 billion between 2018 and 2019.

900,000 companies automate the process from end to end via an interface with their accounting software.

These data do, however, need to be assigned a context. According to estimations produced by a European Commission report in 2017, Italy is the first country in the EU to fall victim to VAT fraud, with losses estimated at €33.6 billion of government profits.

In order to fully digitize invoices, Italy, a pioneer in the European Union, has chosen the Clearance model rather than a post-audit approach. The country is differentiating itself by process singularity, having imposed e-invoicing in all sectors: B2B, B2G, and B2C. Despite promising results of this implementation after a nine-month initial period, the Italian model nonetheless leaves room for improvement. The country’s next challenge is to perfect VAT fraud detection measures.