Mandatory e-invoicing in France: focus on the DGFiP report

For all companies subject to VAT, Article 153 of the French 2020 Finance Law provides for an obligation to dematerialize invoices between January 1, 2023 and January 1, 2025. In a report released on November 3, 2020 the Directorate General of Public Finances (DGFiP) examines the conditions for the generalization of electronic invoicing in France. What are the key aspects of this report? What will be the next steps in implementing the reform? Christophe Viry, Product Marketing Manager at the Generix Group, answers our questions.

Can you tell us about VAT in the digital age in France, the new DGFiP report?

In this new report which is indeed entitled “VAT in the digital age in France” , the DGFiP examines the reform envisaged by the Government to generalize electronic invoicing in France. A reform which, it should be remembered, aims to simplify the VAT taxation system, to fight against fraud at a global level and to develop the productivity of companies and public administrations alike.

Funded by the European Commission and drafted with the assistance of the company EY - Ernst & Young, this report identifies the most suitable technical, legal and operational solutions, particularly in terms of data transmission to the tax administration. At the same time it takes into account the operational constraints of all the stakeholders concerned. It thus assesses each of the options, the expected gains in terms of the collection of value added tax, and the profits for companies.

The result is a document favorable to the development of the market, which recommends in particular electronic data transmission (also known as e-reporting) in addition to electronic invoicing (or e-invoicing).
Moreover, it includes most of the recommendations proposed by the Generix Group in a letter from our president, Jean-Charles Deconninck, to the Director General of Public Finances sent on September 8, 2020.

What are the most salient features of the report? What are the future measures it envisages?

As provided for in Article 153 of the 2020 Finance Law, the obligation to send electronic invoices only applies to domestic transactions between companies. However, this measure is considered insufficient to follow all the transactions of a company subject to VAT.
In its report, the DGFiP therefore recommends the sending of additional data for buyers and sellers in the following situations:

A mixed solution will then have to be deployed to meet these two obligations: electronic invoice sending, on the one hand, and the transmission of additional data in the form of e-reporting, on the other.

The tax administration will thus be able to identify the totality of the business operations carried out by a person liable to pay VAT. This will enable the DGFiP to fight effectively against tax fraud, and to prepare the second part of the reform concerning the prior completion of the VAT return.

What specific details can you give us about this solution and its architecture?

The report authorizes the sending of electronic invoices to their recipients through a solution that will be a national platform, or via a dematerialization operator – a certified private platform.
The idea is not to call into question all the processes already in place, and to avoid a concentration of invoices using a single method of transmission. More precisely, this platform will be based on an identical model to that of Chorus Pro, which has a proven track record for B2G - with 3,000 live-connected EDI partners concentrating invoices from over a million companies.

Private certified platforms will be able to act as trusted third parties, being authorized to send invoices to companies, to extract data and to carry out e-reporting without going through the national platform.
It is ultimately what is known as a “Y” architecture, also known as the Mexican model. This system will thus make it possible to preserve business investment and to benefit from rapid processing while also relieving pressure on the national platform. In addition, it promotes the development of value-added services offered by private operators according to use cases and sectors of activity.

What will be the recommended formats on this platform?

Many invoice formats will be accepted, as long as the data required by the State is included. With 10 to 15 additional mandatory items of information compared to current requirements, it will be necessary to be able to manage around fifty items of information relating to each transaction.

PDF type documents associated with processing using OCR will be tolerated. Nevertheless, in the medium term, companies will need to be able to issue electronic invoices in a structured format, in their original version.

In terms of deadlines, it is important to distinguish between the receipt and the issuing of invoices. From January 1, 2023, all businesses, regardless of their size, will need to be able to receive electronic invoices. This requires the purchaser to be able to interpret an invoice issued by his supplier. Since not all companies practice electronic invoicing by EDI, it is highly likely that so-called mixed formats, such as Factur-X, will be very successful.
Factur-X has the advantage of having both a structured file and an invoice image, all included within a PDF exterior envelope.

The obligation to issue invoices in electronic format will be staggered over time between 2023 and 2025, depending on company size.

What will be the expected impact on companies?

The impact will be considerable. Businesses will need to be able to receive invoices in compliance with certain obligations (authenticity, integrity, readability, data storage, etc.), and to issue invoices that correspond to the formats and data required. They will need to collect, aggregate, format and transmit data acquired through e-reporting.
In the medium term, accounting organizations will need to adapt and move towards 100% digital systems. Meanwhile, e-invoicing continues to progress, and will soon no longer represent a competitive advantage.

What are the consequences for private platforms?

Private platforms, historical operators, accountants, banks and software publishers will all be greatly affected. They will need to implement the changes arising from the reform in their procedures, with multiple obligations that will require development projects, restructuring and new investment. Depending on their degree of maturity, this could be a complex operation.

Interoperability will also be made compulsory, with recommended standards deployed, which will represent an advantage for private operators. In parallel, rationalization will be favored, which will avoid the use of multiple operators and the dispersion of data.
Finally, private platforms will be able to obtain certification approving the quality of the solutions and services deployed.

What role did the Generix Group play in drafting this public report?

To reach these conclusions, the administration spoke with various actors in the public and private sector cited in the appendix to the report. Professional federations, representatives of payment solution companies, banks, tax experts and two electronic invoicing operators, including the Generix Group, were involved in the preparation of the document.

We are proud to have been chosen to represent more than 50 electronic invoicing operators based in France. The report’s drafters also drew on the Generix Group barometer of 2020 dematerialization trends, from which they took several illustrations and arguments.
Overall, the Generix Group is strongly committed to the development of electronic invoicing in France. As a member of the Chorus Pro club, in 2020 we participated in the CHORUS B2B pilot project, launched a special COVID offer with free services, and participated in several European projects (Connecting Europe Facility) as representatives of France. We subsequently became a signatory of the FNFE proposals and then of the SDDS and SYNTEC proposals.

Overall, the Generix Group is strongly committed to the development of electronic invoicing in France. As a member of the Chorus Pro club, in 2020 we participated in the CHORUS B2B pilot project, launched a special COVID offer with free services, and participated in several European projects (Connecting Europe Facility) as representatives of France. We subsequently became a signatory of the FNFE proposals and then of the SDDS and SYNTEC proposals.

What are the next steps after the publication of this report?

The report will now be the subject of several parliamentary committees made up of deputies from the French National Assembly, and specification workshops with the stakeholders concerned will prepare the relevant ordinances and implementing decrees.
At the invitation of the DGFiP, the Generix Group has already participated in a presentation of the report, on November 24, 2020. We are ready to participate in future workshops for the joint construction of the reform project.

Want to know more about e-invoicing? 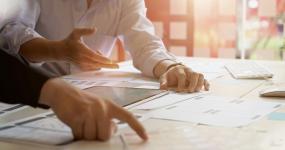 E-invoicing and the case for European platform Interoperability
In France, all public service vendors have been subject to electronic ... 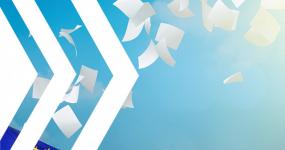 [Ebook] E-invoicing in europe: state of the art
As the digital transition gradually spreads across the European Union,...
All news
Follow us
Find us on social media for latest news