Truffle 100 2021 : Generix Group in the list of French software publishers 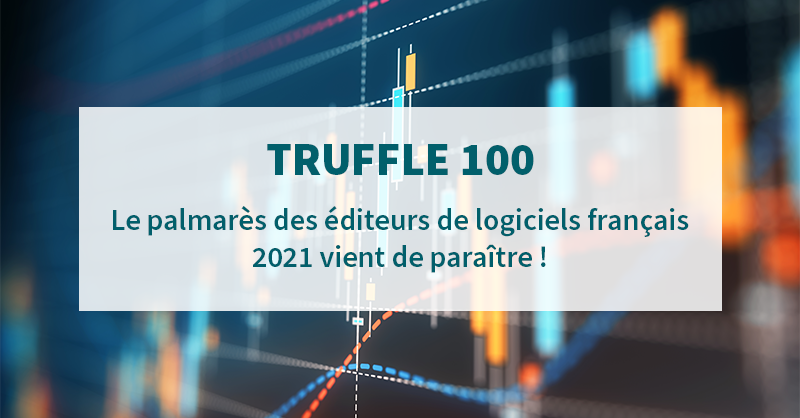 Truffle 100 is a study that provides a better understanding of the national software publishing industry, analyzing its vitality, evolution, value creation and employment. This barometer is now widely followed by software publishers and user companies.

Ranked 22nd in this 2021 edition, Generix Group has moved up one place in the rankings, demonstrating its performance and the robustness of its strategic model. Thanks to its R&D investment, particularly in its SaaS offering, it remains in the top 30 of this prestigious list.

The health crisis, a real gas pedal of digitalization!

The French industry has been strongly impacted by the crisis, the COVID-19 has led to a historic decline in French GDP (-8.3%) and the SITS (Software IT Services) market has declined by 7.7% in 2020. The software sector has shown resilience during this period but has not been spared, with revenues down 5.3%. While the still very dynamic SaaS (Software as a Service) sub-segment is growing strongly (+15%), according to the latest estimates.

The software publishers in the Truffle top-100 even posted revenue growth of 4.3% in 2020, thanks to their strong exposure to the SaaS sub-segment and their ability to seek growth internationally.
The revenue growth of Truffle 100 software vendors shows that the health crisis has also been a real gas pedal for the digitalization of companies, with the widespread use of teleworking and the modernization of production methods. Already fashionable topics such as the cloud, cybersecurity and the "remote workplace" have driven the market and enabled the majority of software publishers, who are generally well prepared, to post revenue growth thanks to the dynamism of their SaaS offerings (87% have them) and the acceleration of internationalization (63% of companies want to increase their international projects).

Against this backdrop, software publishers are entering 2021 optimistically: 98% of them expect growth and nearly three-quarters of them plan to increase their headcount this year.

Supply chain professions: what place for women today?
Despite a diversification of its professions and a recent and relative...
All news
Follow us
Find us on social media for latest news