As early as 2016, with the acquisition of Sologlobe, Generix Group confirmed its desire to develop on the North American market and thus strengthen its position as an international supply chain player. This ambition is set to accelerate significantly, as reflected in the recently announced strategic plan for 2025 entitled "Boost together 2025". It is in this context that the appointment of Ludovic Luzza, previously Chief Financial Officer of the Group, comes into effect.

Ludovic Luzza's objective will be to accelerate the development of the North American entity thanks to his perfect knowledge of the company's ecosystem, which will enable the implementation of even more synergies between the headquarters and the subsidiary. This will be based on the triptych that represents Generix Group's strength:

Ludovic Luzza holds a degree in Accounting and Finance and started his career in 2002 in the retail industry. He was then Audit Manager for Mazars in Lille from 2004 to 2009. Ludovic joined Generix Group in 2009, from which date he has led an in-depth transformation of the financial and administrative organization, in order to support the daily performance of the business units and Generix Group's exposure on its markets. He was also at the forefront of the Group's acquisition projects, notably Sologlobe in 2016 in North America, until his appointment as head of the subsidiary today 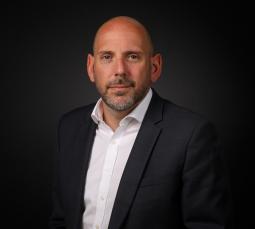 Ludovic Luzza
General Manager
Generix Group North America
"I am very pleased to take over the management of Generix Group's North American subsidiary. The dynamics of this market and its strong strategic importance for the Group's development make it a key geography. It has a rich human capital and a solid installed base of customers. I am committed to placing customer satisfaction at the heart of the North American subsidiary's development strategy and - in particular thanks to our partners - to extending our presence to new customers in our priority sectors (Industry, FMCG, Retail and e-commerce and 3PL)"
Ludovic Luzza
General Manager
Generix Group North America