Generix Group, a global provider of collaborative SaaS Software solutions for the Supply Chain, industrial, and retail ecosystems, is pleased to announce the appointment of François Théry as Chief Financial Officer. He succeeds Ludovic Luzza who is now in charge of the North American subsidiary of the group.

François Théry's appointment comes at a key moment in the development of Generix Group, which has just revealed its ambitions for 2025 in a strategic plan entitled "Boost Together 2025". His missions will therefore be anchored in the deployment of the strategic axes presented by the Group. From the profitability of investments to the strengthening of international management, François Théry's challenge will be to continue to ensure Generix Group's profitable growth on all its markets.

"I am convinced that François' double experience, corporate and field, as well as his very good knowledge of the financial processes of international companies will be a key asset for the next phases of Generix Group's internationalization and will contribute to further improve our company's operational excellence" declared Aïda Collette-Sène, Generix Group's CEO.

After starting his career as an auditor with Mazars in the manufacturing sector, François Théry joined the Roullier Group, specialized in the agro-supply sector, as Head of Consolidation and Reporting. He then took over the management of these same activities within Lactalis and finally joined the Roquette Group where he used his expertise in various financial fields (management control, consolidation, reporting, accounting, taxation) until he became the Group's French and European Financial Director. He thus contributed to the international structuring of the Finance function within Roquette through the management of teams in France and abroad, and the implementation of shared processes and rules. 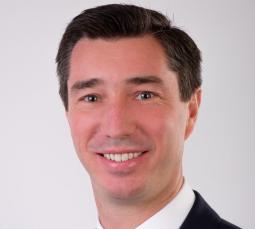 François Théry
Chief Financial Officer
Generix Group
"I am delighted to be joining Generix Group at a key moment in its development in France and internationally and to contribute to the creation of value for its shareholders. The Group has demonstrated the resilience of its business model and is in a solid financial position to pursue its growth. I will also be keen to support the Group in its investments aimed at adjusting its offer to the future needs of its customers".
François Théry
Chief Financial Officer
Generix Group